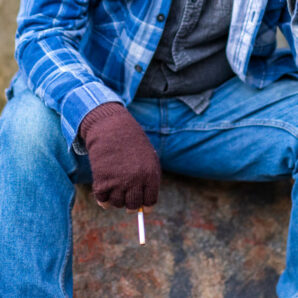 I felt a failure because I was not able to quit until I contacted the Quitline.

He smokes all the time on every opportunity he can.
He felt that he was a failure because he was not able to quit until he contacted the Quitline.
After talking to the Quitline he said that he felt that we have helped him already from the first call and he feels more empowered to give it a go again. He thought that making a plan and being prepared was a very good start.
He said that he was excited to start and really is looking forward to a call from us again so we can support him and he felt that it was important that he listened to what he had to say.