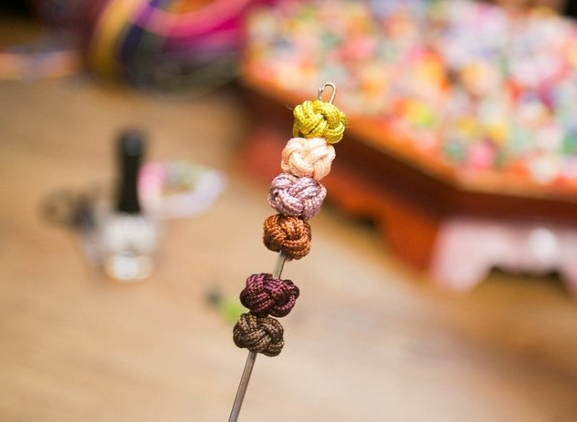 Giving up smoking was one of the hardest things I have done, but it has also been the most rewarding.

Kim migrated to Australia in 1973 and took up smoking mainly for company.

When I first migrated to Australia in 1973, I could not speak English well. I think I took up smoking mainly for company, smoking was a friend. Smoking started to overtake my life, I remember having to cut back on groceries just to buy cigarettes. This was not good I thought to myself.

I tried a number of times to quit smoking over my 36 years of smoking, but without success.

I was looking for something to do with my hands so that I couldn’t smoke. I was always interested in the ancient art of knotting, which I first became aware of when I was 10 years old growing up in Vietnam. I learned more about knotting when I lived in Korea for two years where I was taught the traditional maedeup knotting at the Dong Lim Museum in Seoul. I would practice all day, making things such as bracelets, necklaces and keyrings…all without smoking because my hands and mind were kept busy.

I now sell my knotting work at various markets throughout Tasmania and have also sold around Australia.

I put out my last cigarette and quit for good on New Year’s Eve 31 December 2009.

Giving up smoking was one of the hardest things I have done, but it has also been the most rewarding.